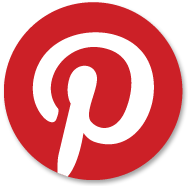 The southern eight provinces of Spain make up Andalucía, and it has by far one of the most colourful histories in all of Spain. Dating back around 3000 years, it has seen its fair share of conflict. Everybody wanted this land, rich with minerals and a gateway between Southern Europe and Africa, not forgetting the Western entrance to the Mediterranean. It is no wonder colonies throughout the centuries have been battling to the death (quite literally) to keep this land. The ancient Greeks, the Romans, the Visigothic Kingdome and of course the Islamic Empire, which would dominate and rule Andalucía for over half a millennium.

The Costa del Sol: Take a trip back in time

As colonies came and left, much culture, traditions, cuisine, artifacts and most noticeably buildings have been left behind. A mishmash of influences all in one place makes Andalucía quite unique. You could visit the villages in the province of Cadiz and see sculptures and mosaics dating back to the Roman period. Or the beautiful churches in Cordoba, where you can look back in time to the medieval art period (13th-16th century). You can easily find yourself at a cathedral in Granada, where you will be transported two hundred years to the Baroque period. The culture is complex, different origins of people and individual histories are all part of what Andalucía is today.

Present day should honour our Andalusian compadres and not only rejoice in their complex history but celebrate where it has brought us to present day.

Next on our unique list is an event, which in today’s society many frown upon, but having historically begun in Andalucía, it can still be appreciated for cultural beauty and differences – Bullfighting. The bullrings themselves are architecturally stunning, such as the famous arena of Ronda. Bullfighting season lasts the sunny half of the year, March to November, and goes hand in hand with many of the local festivals. In its hay day to be part of bullfighting was perceived as an honour and a privilege of the noble class.

If slaying a bull isn’t quite your preferred past time, there is always Andalucía’s answer to folk dancing. FLAMENCO! This involves singing, Spanish guitar and vibrant dancing with the infamous hand clapping! Dating back on record as early as 1774, this popular music and dance has become recognized world wide. Today flamenco is subdivided into different genres. From classical to modern and guitar driven, to “flamenco puro” it’s in the hearts and souls of the people young and old of Andalucía.

Taste what makes the Costa del Sol so alluring to investors

So you’ve danced the night away sipping Andalusian sherry and wine, perhaps made a spectacle of yourself, but now it’s a new day. The sun is out; the skies are blue, and its time to eat!

Considered one of the healthiest diets, fresh olives, hams, fish, sun ripe tomatoes, the food produced in Andalucía is a delight. The Mediterranean has a lot on offer, and they prepare it well! Each region within Andalucía has its very own signature dishes and methods of preparing classical Andalusian cuisine. To name all would be a cook book in itself. Alas.

Gazpacho, from its ancient beginnings, is believed to have been brought to Andalucía via the Arabs, but also possibly by the Romans. Regardless, this cold soup dish consisting of a base of garlic, water and tomato is a must on those hot summer days. There are many variations, all flavourful and surprisingly refreshing.

Andalucía is renowned for its olive oil and fresh Mediterranean seafood, and so it´s no surprise that fried fish may very well be on the menu. Pescaito frito, fried fish, varies from province to province. Also, calamares, or as the Brits call them “squid rings”, are a joy. With the crunch on the outside, the tender white flesh on the inside, and the salt and lemon complimenting each other, this dish is a must try.

As is Andalucía, the food is a collage of its history, and dessert is no different. Andalusian desserts are very much influenced by its medieval past. One such delicacy is named “alfajor”, popular around Christmas. Flour and almond based, fluffy yet crumbly, they are subtle in flavour from the honey, sugar and mixed natural spices. Traditions have little changed since 1786, in Edina Sidoni where the original recipe is still used today. A quick mention: “churros”, a fried battered sweet treat dipped in chocolate sauce or coffee are good too. If in Andalucía, find them, try them, and love them!

Andalucía is big on tradition. It celebrates with pride numerous festivals throughout the year. The Seville Feria starts two weeks after Easter week and lasts six days. Originally organised as a livestock fair in 1847, it grew in popularity and transformed into the celebration of costumes and parades of carriages that it is today.

Many of Andalucía’s festivals are rooted in its deeply religious past. The Holy week, although celebrated all over Spain, is one of Andalucía’s most important festivals. It is the annual celebration of the Passion of the Christ by Catholic religious groups and fraternities. Other festivals include “Romeria of Rocio”, also a catholic religious celebration, and “The patios of Cordoba” celebrating and commemorating the patios and courtyards of Cordoba, beautiful and oozing authenticity and tradition.

It is not easy summing up what Andalucía has to offer or what makes this Province such a unique and incredible place. To absorb all that it has to offer is a challenge, but one that is well worth the effort.